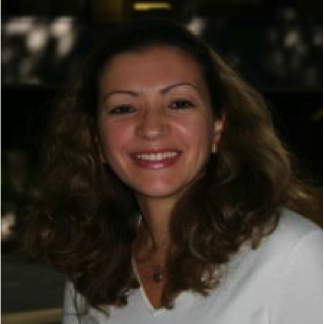 Dr. Kenza E. Benzeroual is associate professor (with tenure) at Long Island University College of Pharmacy. Prior joining the college of pharmacy, Dr. Benzeroual worked as research scientist and National Research Service Award fellow at Columbia University, College of Physicians and Surgeons investigating morphine brain metabolism and pathways to engineering neuronal networks. Dr. Benzeroual lab is interested in understanding the cellular and molecular mechanisms leading to the initiation and progression of neuronal degeneration in Alzheimer’s and Parkinson’s diseases, and cancer in glioblastoma. Primary focus is to identify biomarkers for drug development and potential therapeutic applications. Dr. Benzeroual previously served as the graduate program director for the pharmacology and toxicology program and has supervised over 30 graduate and pharmacy students on research projects. Served as a mentor to junior faculty, and chaired several committees. Her research has led to several peer-reviewed publications. She has been invited to speak at several national and international conferences on her research. Dr. Benzeroual is a reviewer for several international journals, and active member in numerous scientific and professional organizations and serves as editorial member. Dr Benzeroual has teaching expertise in pharmacology and pharmacogenomics. She also serves as the advisor to the LIU pharmacy student chapter of Industry Pharmacy Organization (IphO).

Neuronal degeneration associated with Alzheimer’s disease (AD) and Parkinson’s disease (PD) may benefit from the therapeutic use of antioxidants and anti-inflammatory agents possessing the ability to foster neuronal survival and enhance regeneration. To test this hypothesis, the effects of several flavonoids have been investigated in in vitro model of Alzheimer’s disease (AD) and Parkinson’s disease (PD). Our research demonstrates that the flavonoids tested exert antioxidant, anti-inflammatory, and anti-apoptotic effects in the toxic models of AD and PD. While the precise mechanisms of flavonoids on neuronal cells need further investigation, it is likely that the mechanisms identified may be acting in a concerted manner to prevent the initiation and progression of neurodegeneration. The second area of interest is cancer glioblastoma. Despite aggressive treatment including surgery, radiation, and chemotherapy, the median survival time of 12-15 months after diagnosis has remained unchanged. Thus, new effective strategies for controlling glioblastoma are required. Silibinin, a natural polyphenolic flavonoid, has been proposed to induce differentiation and apoptosis in Glioblastoma cell. Our results showed that silibinin bears an anti-oncogenic property via inhibition of PI3K/Akt and STAT pathways. Further studies are needed to assess the potential therapeutic effect of silibilin against glioblastoma.