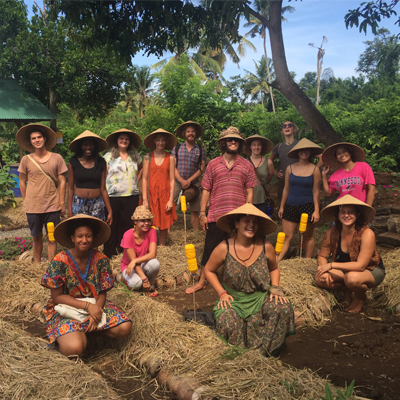 The Asia-Pacific Australia Program engages students with the quest for sustainable development in the nations and peoples of contemporary Oceania and Southeast Asia. Through two semesters of courses and fieldwork, students study the challenges and innovative solutions that communities, organizations and nations are developing as they aspire to address one of the world's central questions: How can we, across a range of diverse cultures and countries, promote economic development without destroying our planet's ecosystems?

Students study and travel across the region, focusing on this challenge from the perspectives of different communities, cultures and national political dynamics. From an administrative base in Byron Bay, Australia, the program explores the quest for sustainable development in Australia, New Zealand, Fiji, and Bali (Indonesia).